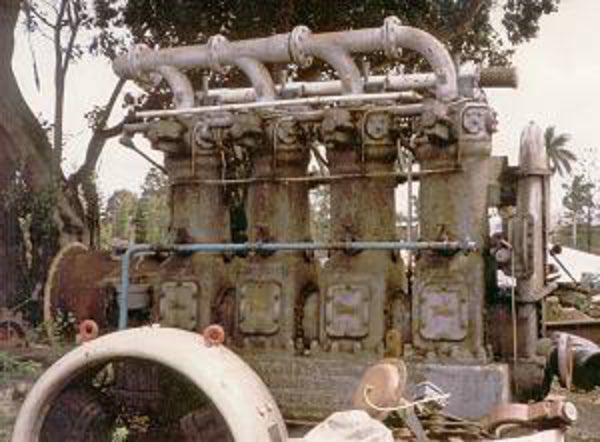 In a letter published in the April 1992 issue of 'Stationary Engine', Tony reported the Bundaberg engine had recently been removed and was lying outside exposed to the weather. He appealed for some organisation to secure the engine for preservation.
Shown here is the engine in the redundant machinery scrap area at Millaquin. We do not know if Tony's appeal was ever answered and would be interested to hear whether the engine has found a new home.
[Source: Paxman History Pages - Paxman Diesels in Australia]